Privatsphären (Private Spheres) started out with video recordings documenting the façade of an apartment building over the course of several nights. The recordings begin as dusk falls and show the lights in the building going on and off in varying rhythms. The first light of dawn brings each cycle to a close. One window stands out. The light there is on the whole night and thus becomes the only constant element in the recordings. The video material was edited using postproduction software, and the timing and position of the light sources are rendered in the form of a circle. The result is an animated time diagram that visualizes the different phases of the visual occurrences. In the installation, the video documentation runs simultaneously with the time diagram. 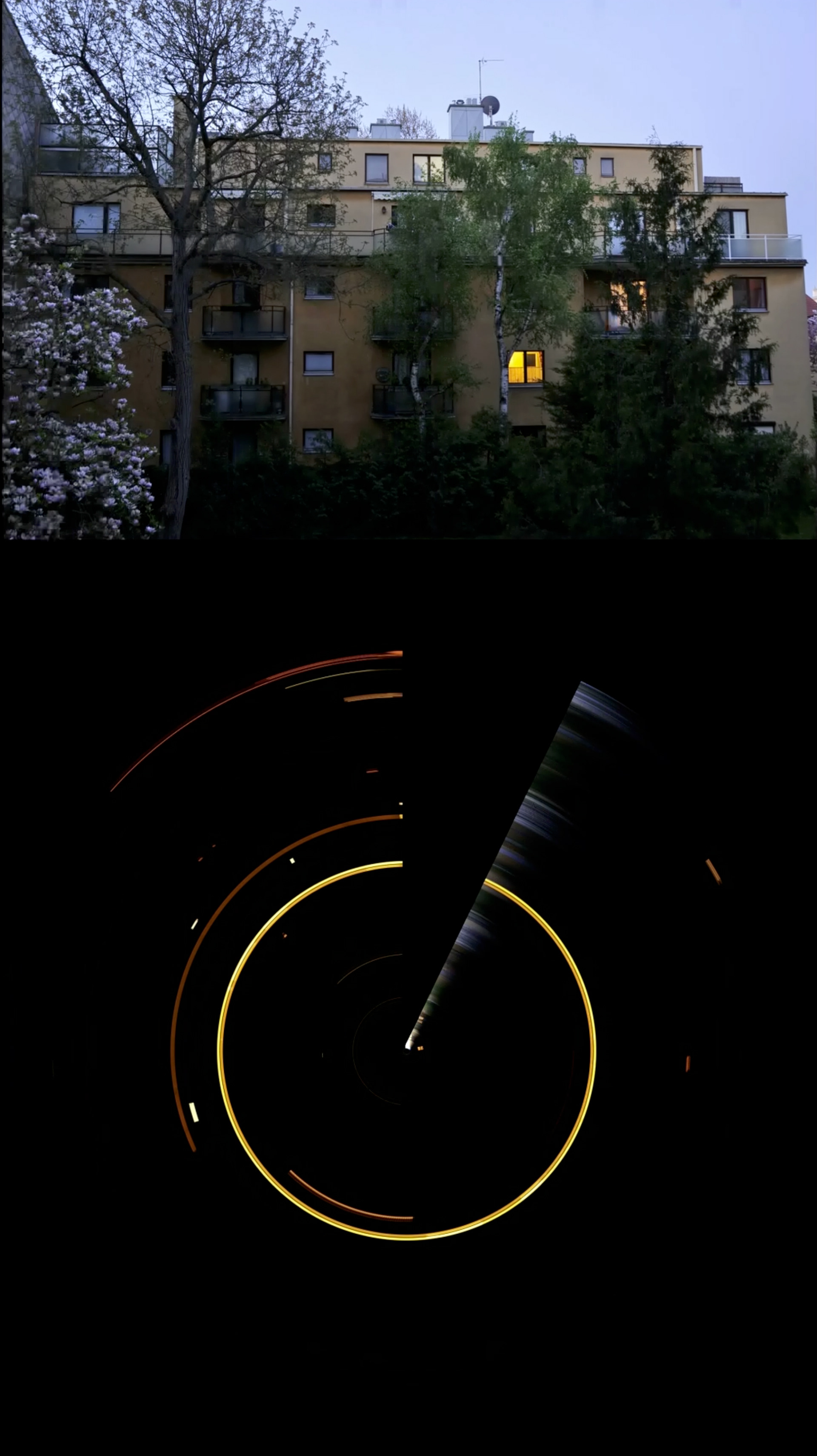 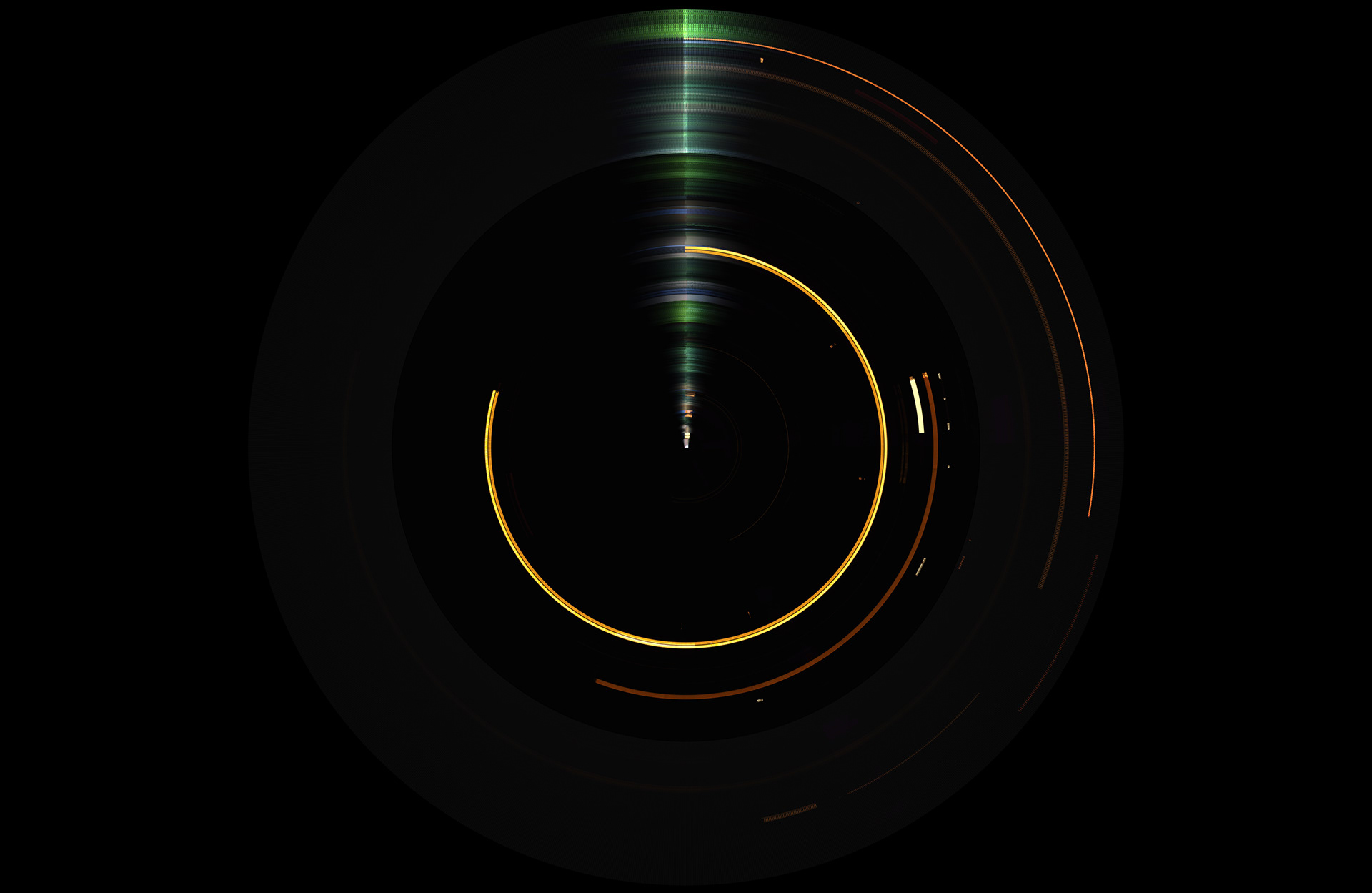 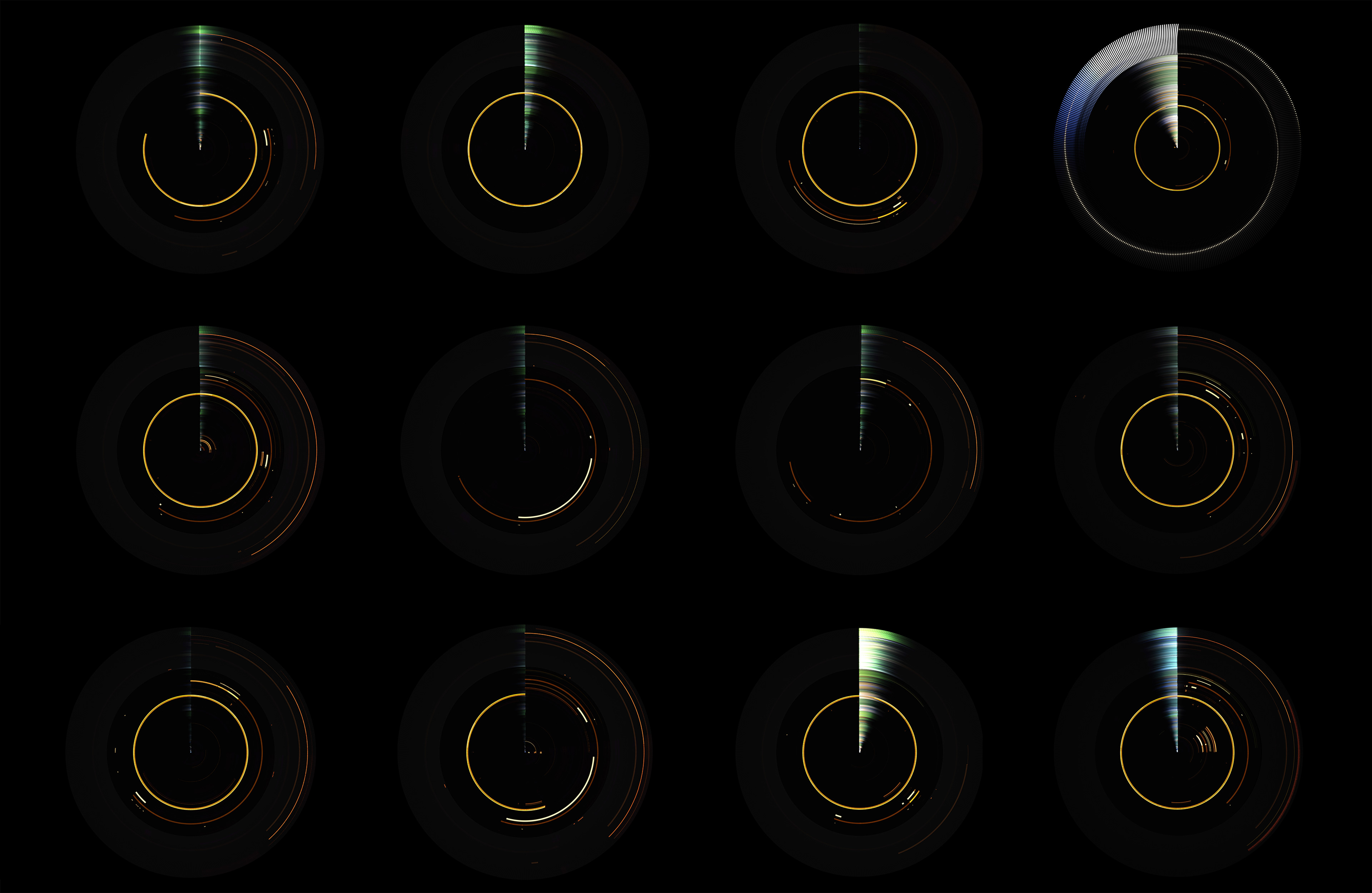 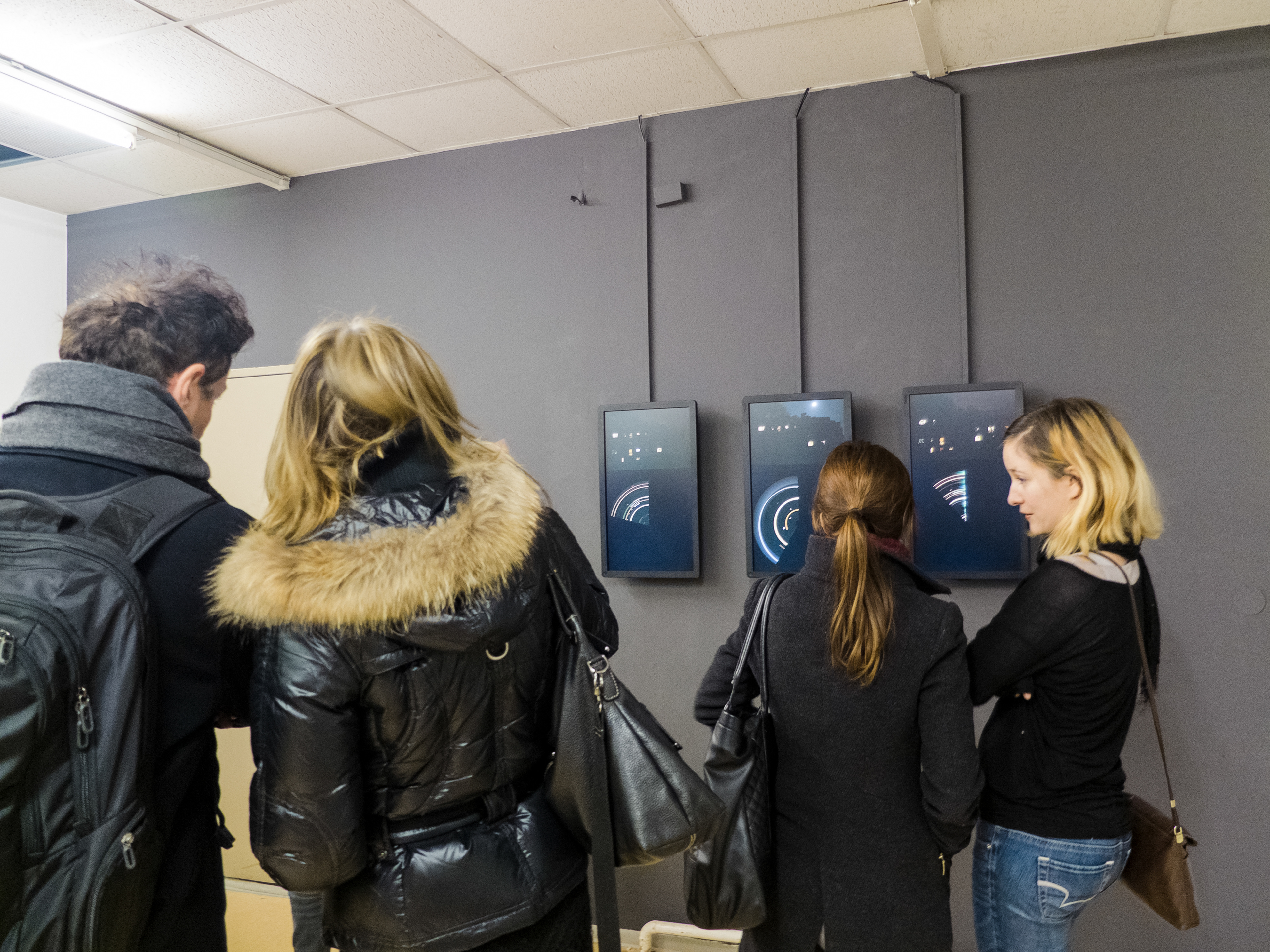